This Sydney hair salon doubles as a chic cocktail bar

Cocktails and a cheese board while those highlights set? Yes please. There’s nothing better than getting pampered, right? And there’s nothing better than cocktails — that’s a given. So combining the two was a no brainer for Sydney salon-cum-bar Christopher Hanna. Tucked away in the heart of Sydney city, Christopher Hanna’s bar add-on comes from the same brainchild behind Ash St. Cellar’s Mikee Collins, and manages to meld two worlds with a seemingly impossible ease.

Half salon, half bar, the space lends itself well to its two personalities, with the bar’s moody outfit a contrast to the salon’s chic, Art-Deco-inspired interiors. Complete with complementing colourways — think, black traditional-style chairs and marble floors — the dual spaces are divided by a grand cocktail bar. 2/8
Inside the bar, rich velvets and eye-catching brass accents make for an intimate space packed with character. And thanks to its location just off Bridge Lane, it feels like a hidden gem. The cocktail menu comes complete with espresso martinis on tap (no, not a drill) and up to 50 local and international wines, which means the 65-seater bar is impressive in more than just appearance. 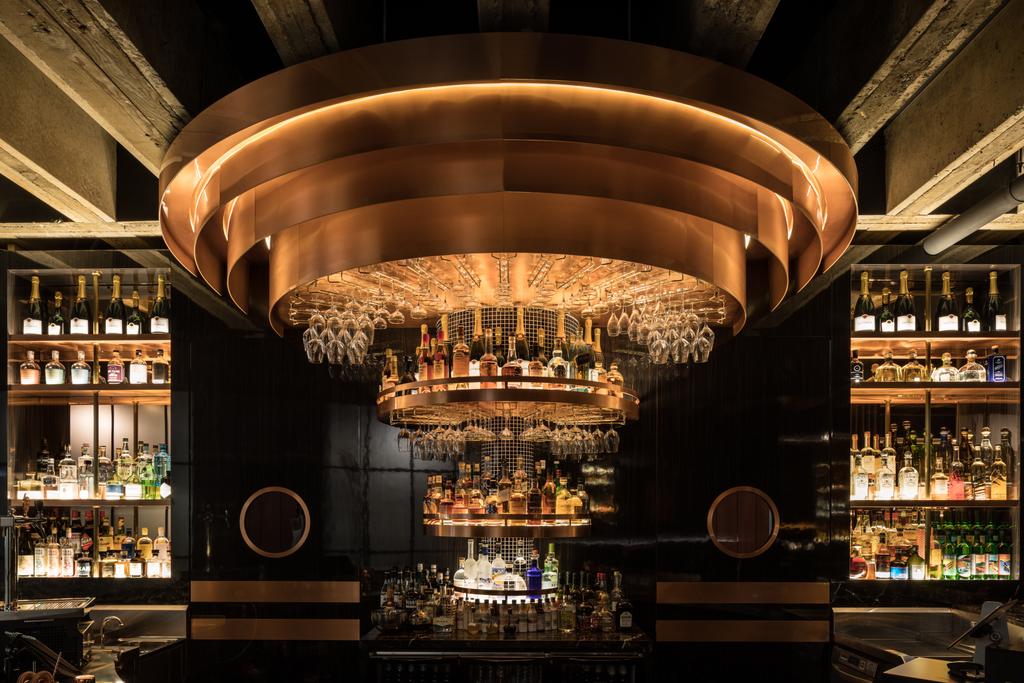 3/8
Salon sinks, artfully placed at the ends of group tables in the bar, remind visitors of their locale whilst simultaneously doubling as the perfect on-theme ice bucket. Did someone say rosé with your ombré? 4/8
The bar, which is open to both clients of the salon and those just popping in for a drink, offers a snack menu that’s hard to resist. Including the likes of burrata, grilled octopus, a cheese board and even caviar, it’s well stocked to keep bar patrons and those getting a trim well fed — and it’s no doubt the best fare we’ve ever had whilst waiting for a blow dry. 5/8
The interiors, created by designer Melissa Collison, feel relaxed and polished all at the same time — and prove Christopher Hanna is not a bad place to visit for an after-work cocktail, new haircut, or both!